Have you ever wanted to be a superhero or have super powers? While the average person may not be able to fly through the air or shoot out super sharp razor claws, they can super boost their cognitive function, their brain performance.

Our nerves, the cells that make up the brain, have four basic needs to survive: oxygen, stimulation, rest, and nutrition. One of the areas that we have direct control over and choose on a daily basis is our nutrition. We can enhance our ability to memorize and learn simply by eating brain foods. Brain foods are superfoods, nutrient dense foods, that have been shown to boost brain performance. Not only do these foods boost brain performance, but they also are neuroprotective. Many of these foods are anti-inflammatory or prevent (oxidative) stress damage to the nerves; preventing or improving neurodegenerative diseases such as alzheimer’s. The following brain foods have been selected based on present knowledge and ability to boost performance and prevent the onset of neurodegenerative diseases.

So if you want to be a superhero like Batman and Ironman (Other than cool gadgets and being super rich, they’re also super smart), then chow down on some brain foods and super boost your brain. Enjoy!

1. Cruciferous Vegetables
Cruciferous vegetables reign supreme as king of the superfood world. This group includes kale, broccoli, watercress, swiss chard, and collard greens just to name a few. The powerful antioxidants, known as polyphenols and carotenoids, boost memory and learning with their neuroprotective effect. Not only are these vegetables great for memory and learning, but they are anti-cancerous and protective of the cardiovascular and gastrointestinal system. Enjoy these raw in a salad or cooked in a variety of dishes. 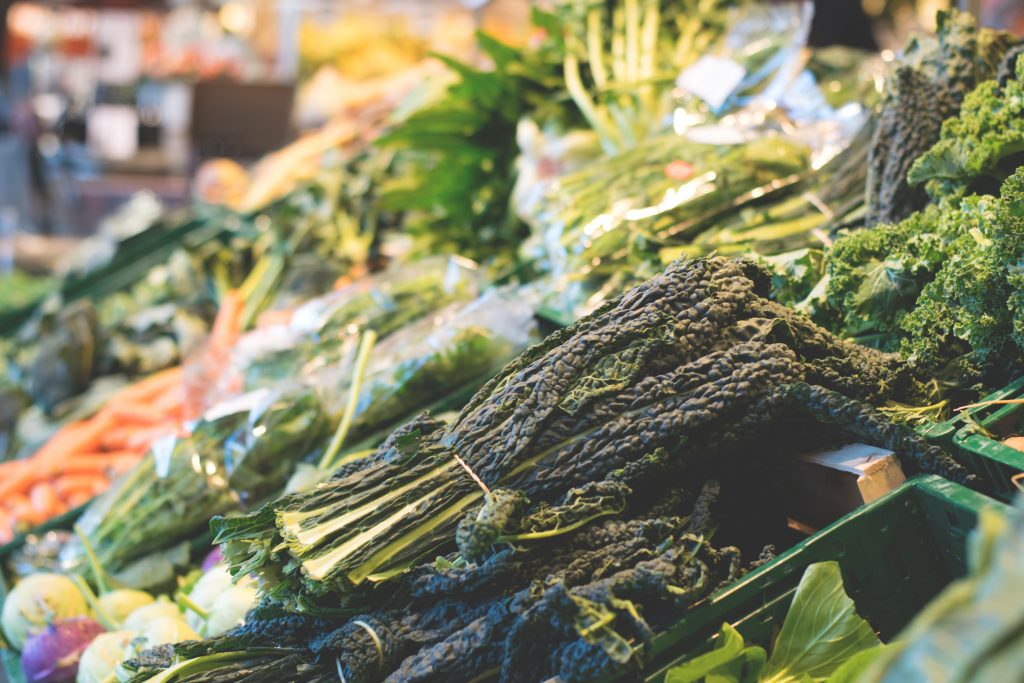 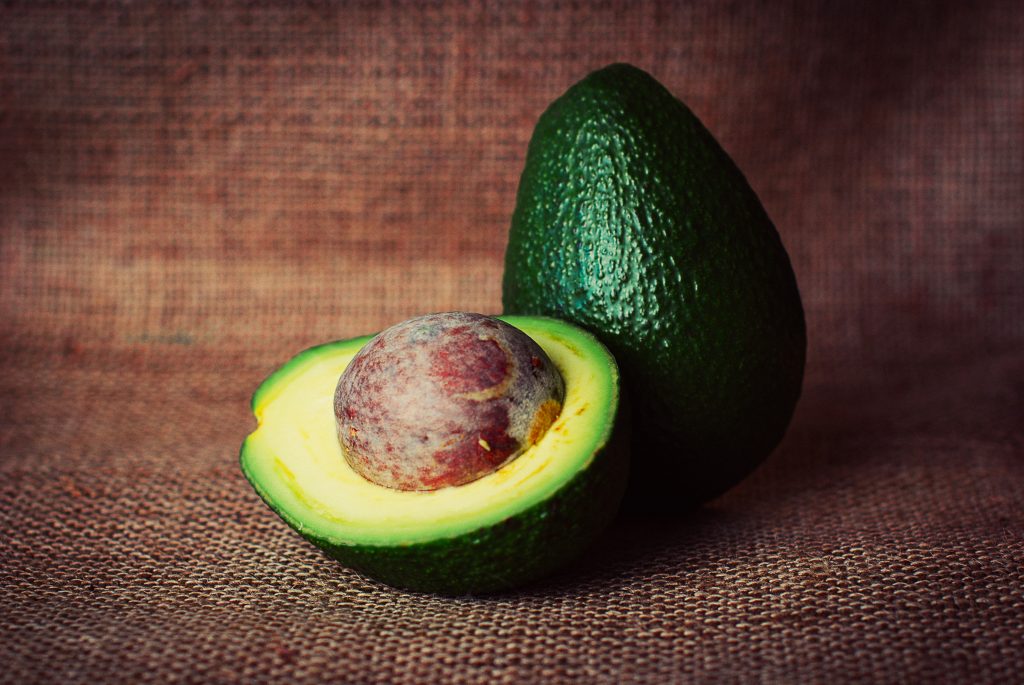 3. Pomegranate
Packed into a fibrous protective covering, pomegranate seeds are packed with antioxidants such as tannin punicalagins  that help to reduce free oxidative stress on cells and act as anti-inflammatory, ultimately improving your memory. You can receive the benefits through pomegranate juice or consuming the seeds. Be careful as you peel away the tough rind and skin as to not stain yourself from the juice. Other benefits include stabilizing cholesterol levels and anticarcinogenic (anti-cancerous) properties. 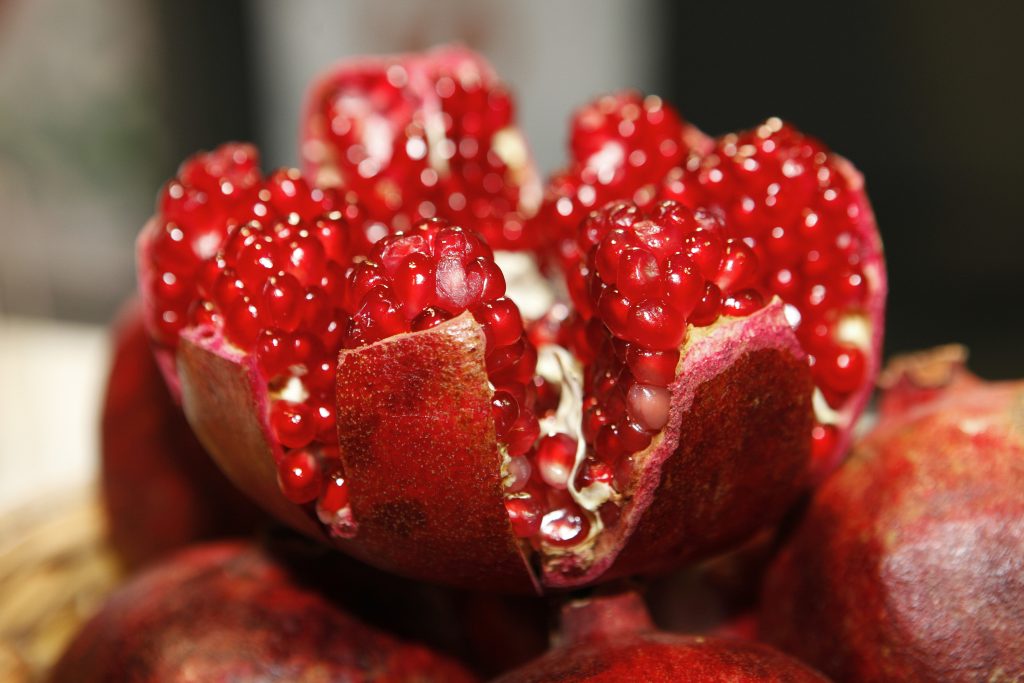 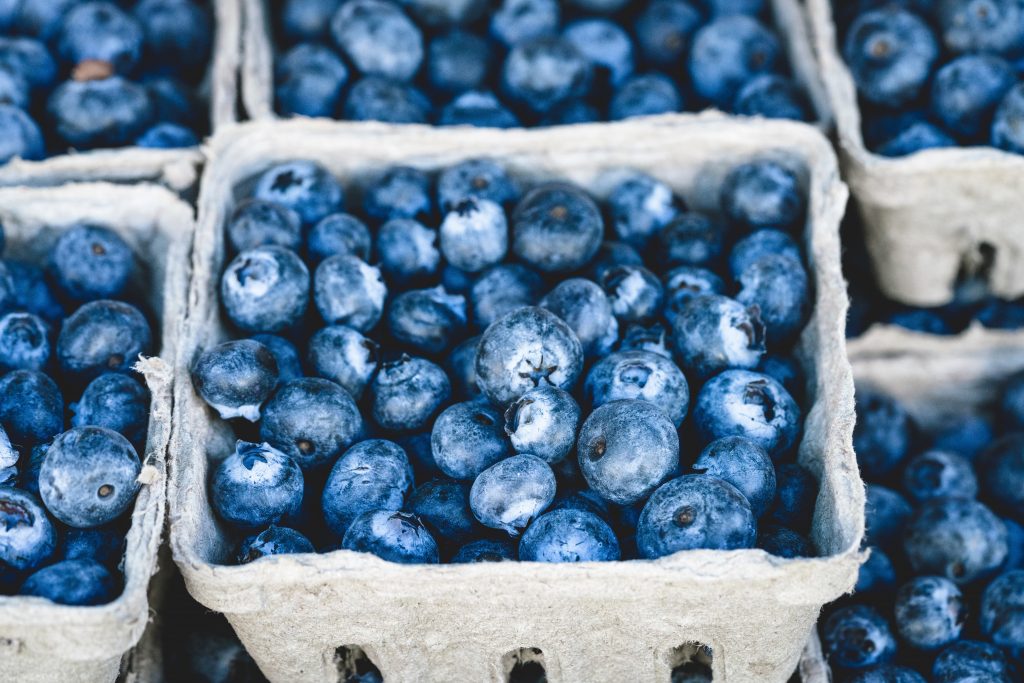 4. Blueberries
Not to be confused with Nightlock berries (extremely poisonous) from The Hunger Games, blueberries are  EXTREMELY beneficial to our health. These itty-bitty, bite sized fruit are packed with antioxidants and nutrients known as gallic acid, flavonoids, and salicylic acid. The antioxidants help to improve memory loss and even recovery from ischemic (restriction in blood flow) brain damage thanks to its ability to combat oxidative stress.

5. Wild Caught Salmon
Wild caught salmon contain neuroprotective fats called Omega-3s. Our brains are made up of about 60% fat and perform a whole lot better with the right fats balance, omega-3/6 ratio. Most people get plenty of omega-6’s from the typical western diet, but lack omega-3s. Omega-3s have been shown to increase cell signaling and to be neuroprotective in the event of brain trauma. Omega-3s also show remarkable anti-inflammatory properties and even help with post-surgery effect.

Some warn to avoid omega-3s before surgery because of its slight blood thinning properties. However, research shows that this effect is insignificant and that patients even improve better when given omega-3’s during surgery!

Other sources of omega-3s can be supplementation, but be sure that the oil is mercury free, not rancid (No fish smell or taste. Yes, you read correctly. No fish smell or taste), and not concentrated (modified as less as possible)Flaxseed and walnuts provide the plant based form of omega-3 as alpha-linolenic acid (ALA). However, the ability to convert ALA into its usable form is gene dependent; not everyone has the capability. 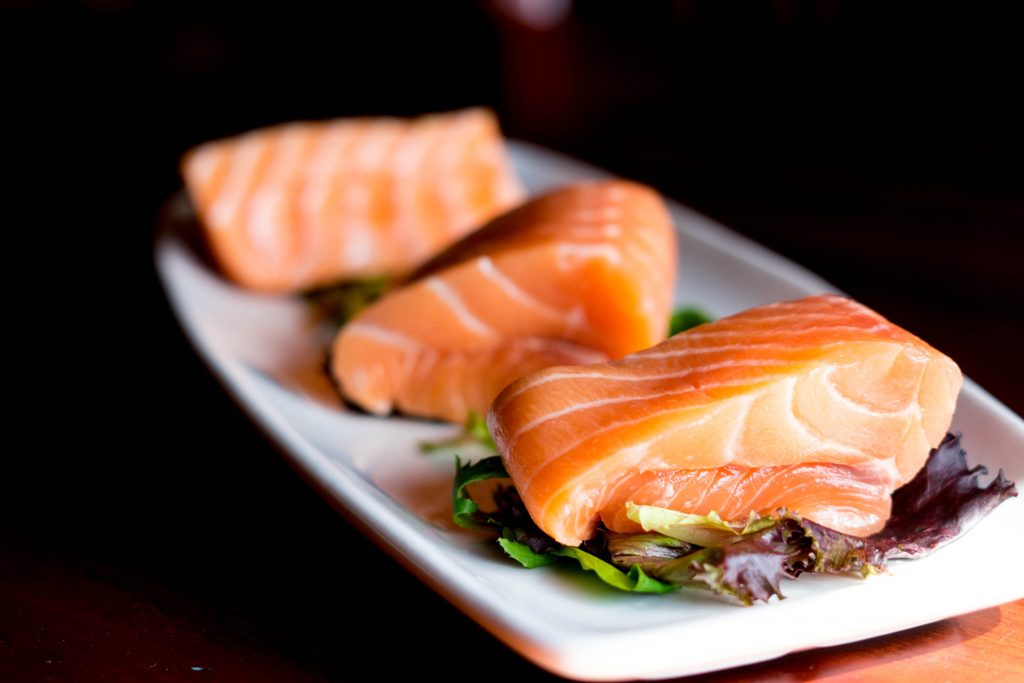 Our brains take in glucose as a primary fuel, but in insulin insensitive (type 2 diabetes), this is a bit of an issue. Coconut oil provides medium chain triglycerides that gets broken into ketones to bypass this issue. Consuming coconut oil can boosts memory and can prevent neurodegenerative diseases such as Alzheimer’s. With coconut’s many derivatives and applications, it’s easy to find a preferable way to ingest or use coconut: from coconut oil, coconut water, coconut milk, coconut flesh, coconut milk soups, coconut flour..etc

7. Dark Chocolate
Don’t go “Cuckoo for Cocoa Puffs”, just the cocoa. Cocoa, a derivative from cacao, improves oxygenation to the brain and stimulates neuroprotective mechanisms; all of which improve cognitive function. Add cocoa directly into your diet or feel less guilty about the dark chocolate (high percentages of cacao). 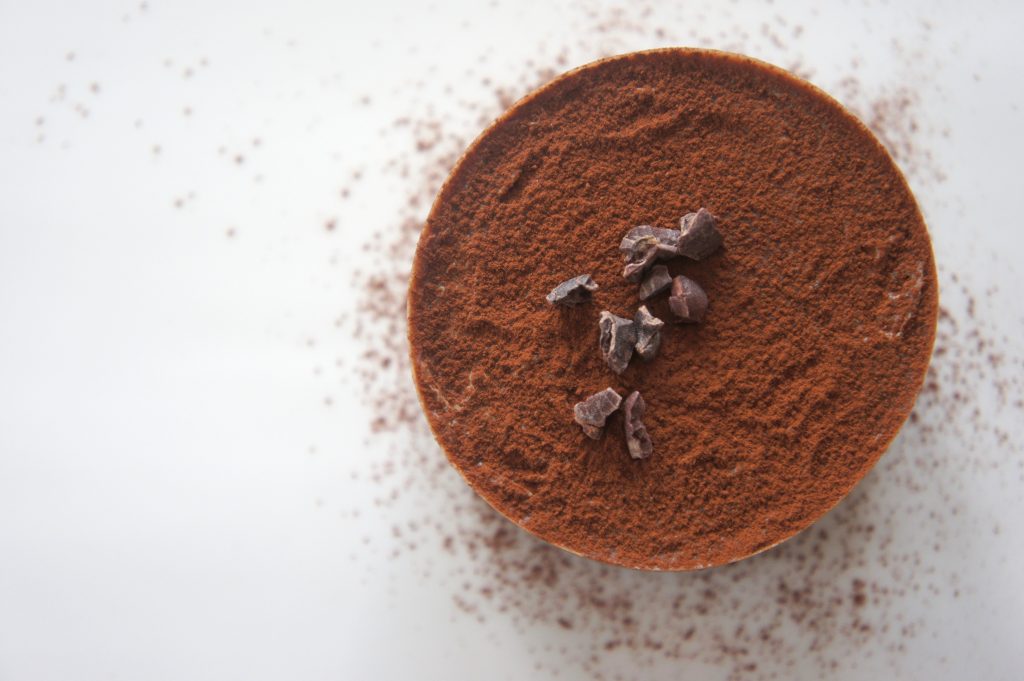 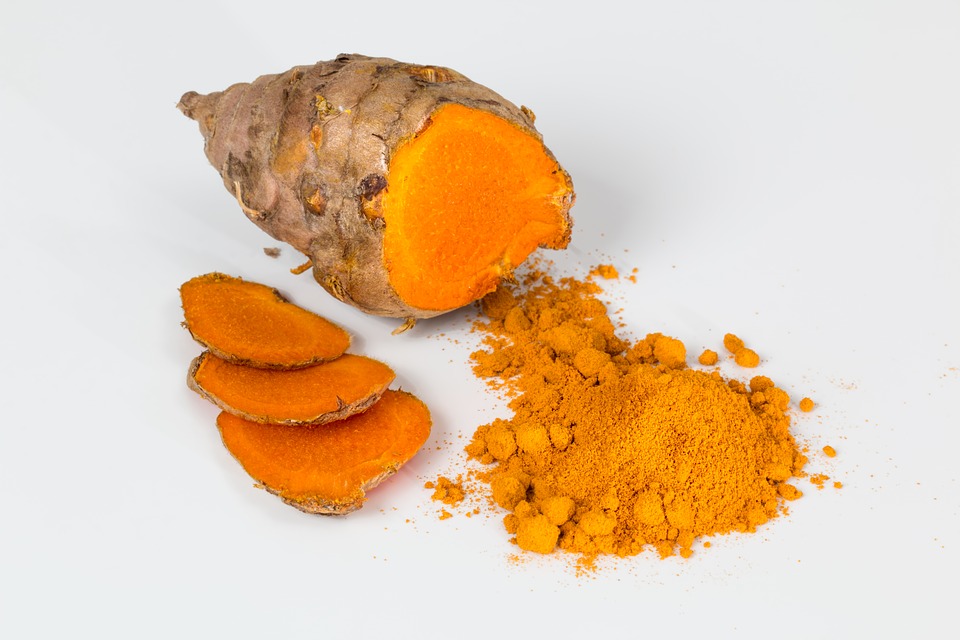 8. Tumeric
Often confused with curcumin, a derivative of tumeric, tumeric is a powerful antioxidant and anti-inflammatory. In addition to showing promise in combating neurodegenerative diseases such as alzheimer’s and parkinsons, this spice can offer some neuroprotection to the sleep deprived. So spice up your palate by adding tumeric or head to your nearest curry house (tumeric is used in curry).

9. Walnuts
Don’t wait until Christmas to bust out your Nutcracker to enjoy these nuts. Walnuts offer both antioxidants known as polyphenols and Omega 3 fatty acids in the form of alpha-linolenic acid. They make a great addition to any dish, salad, dessert, or just a snack. 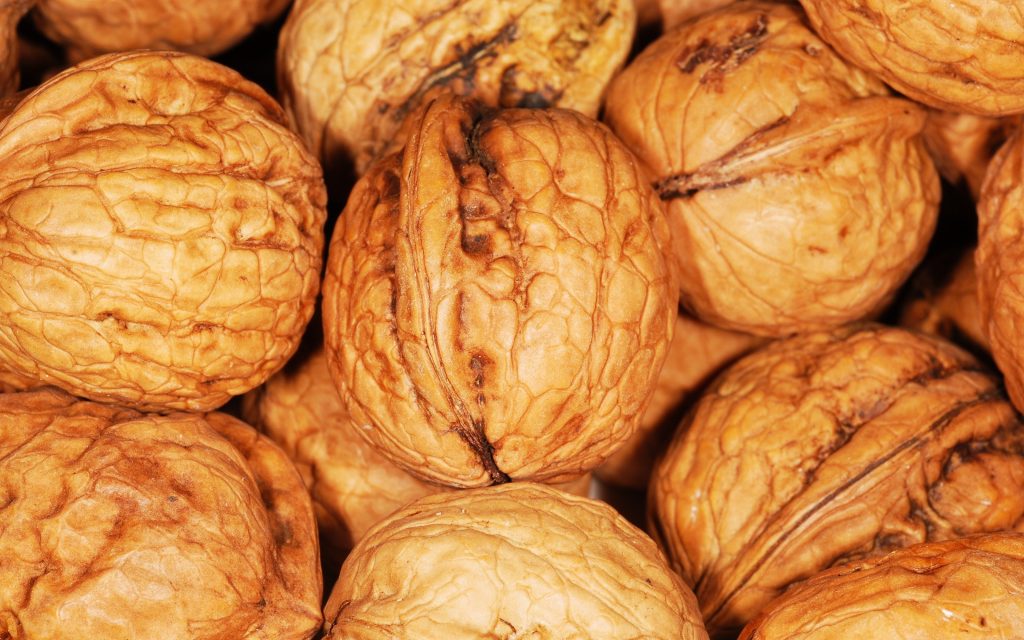 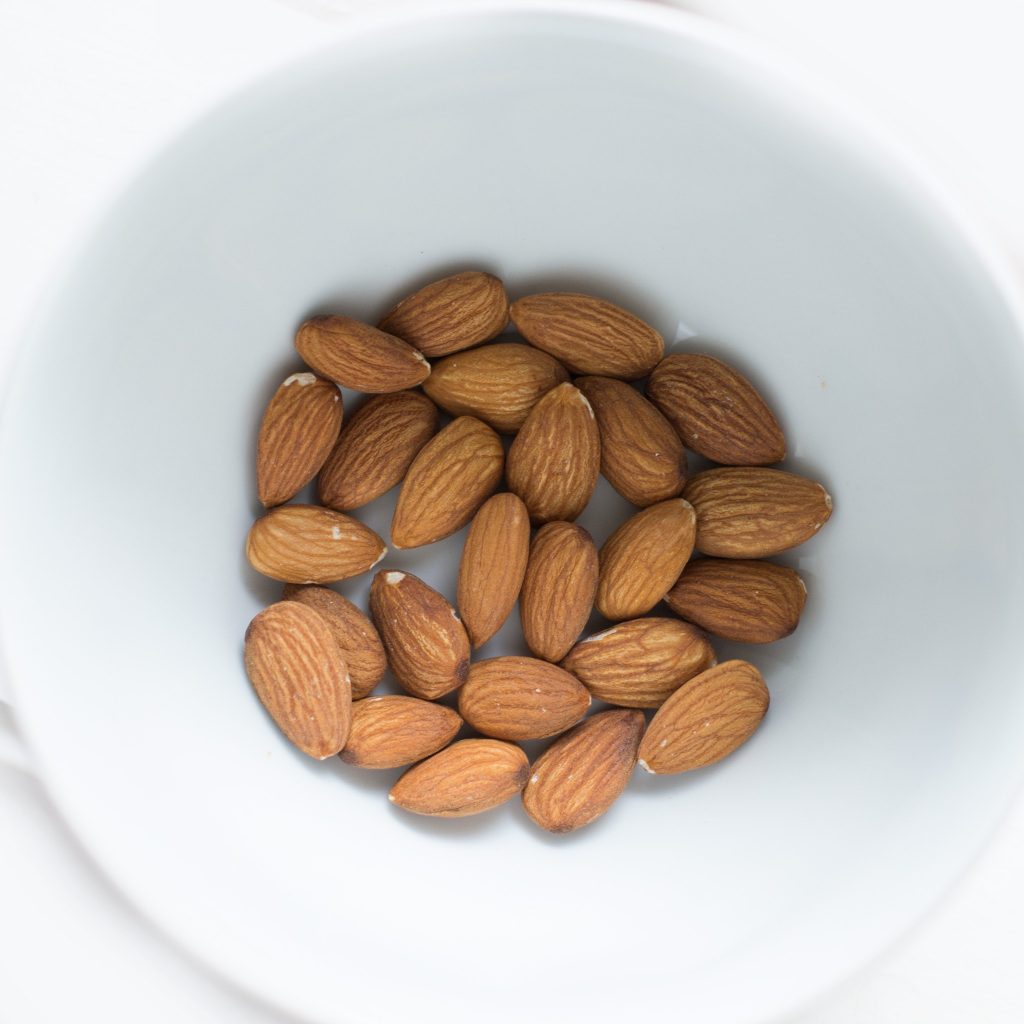 10. Almonds
Rising past peanuts as the most popular nut, almonds take the stage with their powerful health benefits. Almonds contain powerful antioxidants such as tocopherol, folate, and polyphenols that boost memory and learning. Eat these tree nuts in a salad, granola, or as a to-go snack.

11. Extra Virgin Olive Oil
The use of olive oil as an additive to vegetables and as a cooking oil is almost as old as time. Extra virgin olive oil has powerful anti-inflammatory and brain detoxification properties owing to the presence of oleic acid and oleocanthal. Not only does Extra Virgin Olive oil improve cognitive function, but boost immune function as well. So pour on the Extra Virgin Olive Oil into your salad or cook with it (smoke point is about 374F) 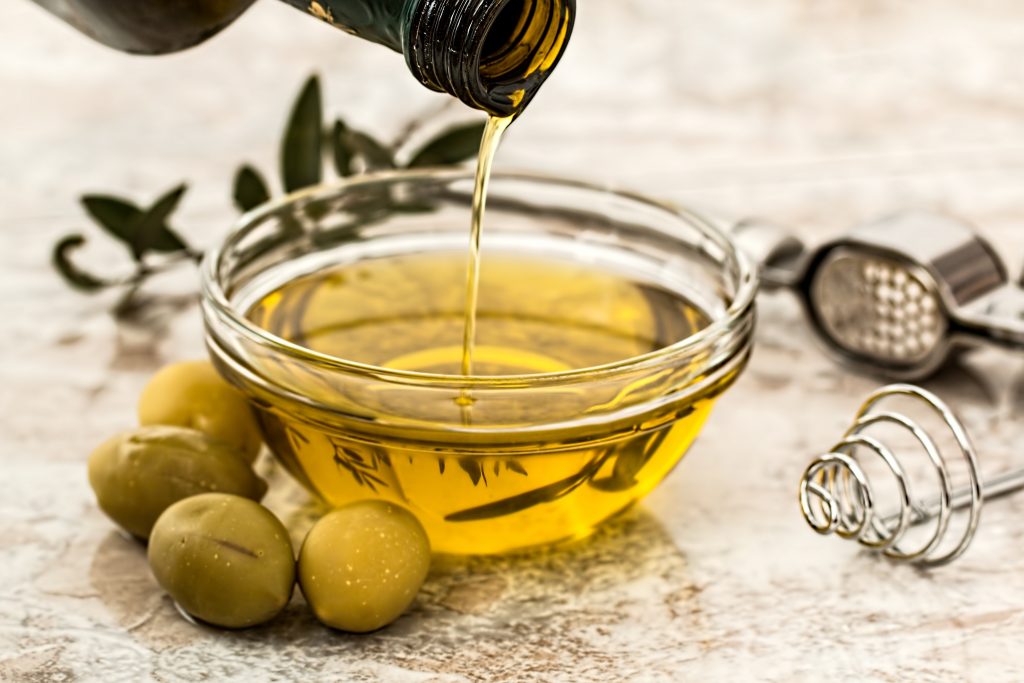 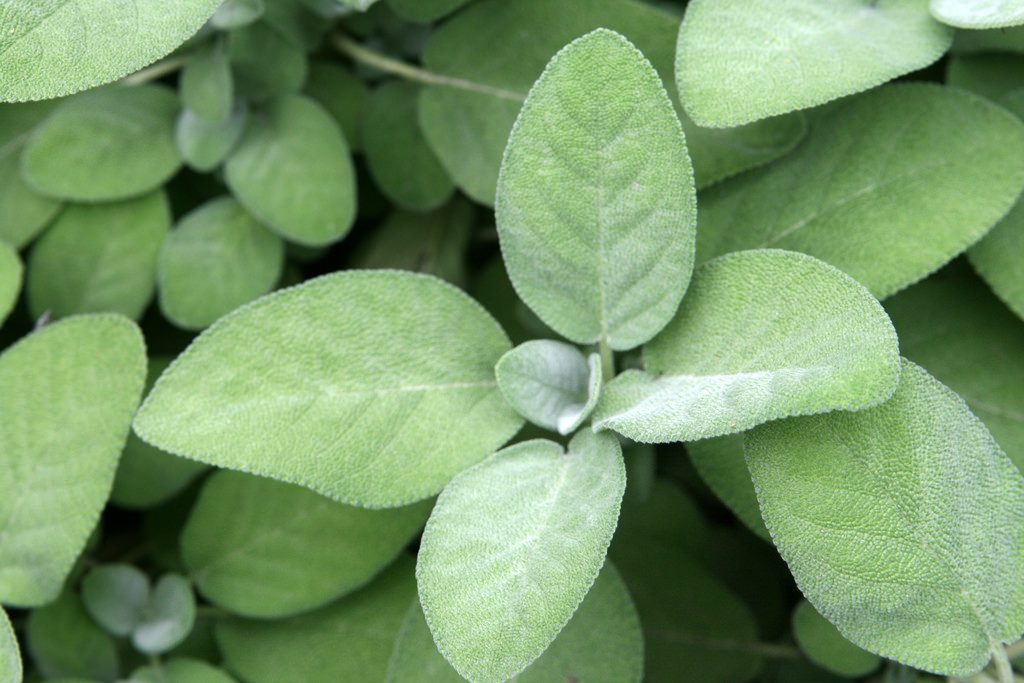 12. Sage
Known for its flavorful taste and pleasant aroma, sage is also a medicinal plant with its antioxidant and anti-inflammatory properties. Sage is able to improve memory and cognition by inhibiting the breakdown of Acetylcholine, a brain neurotransmitter. Flavor your tea and dishes with sage or take in sage essential oil to reap its benefits.

13. Chicken Eggs
Which came first, the chicken or the egg? No one really knows, but the egg does reign over the chicken as a superfood. Eggs are rich in choline, an essential component in brain development. Pregnant and breastfeeding mothers should consider eggs as a part of their diet. There is widespread fear of eating eggs due to its cholesterol, but many studies have shown that eggs have an insignificant effect on blood cholesterol levels and may actually improve them. 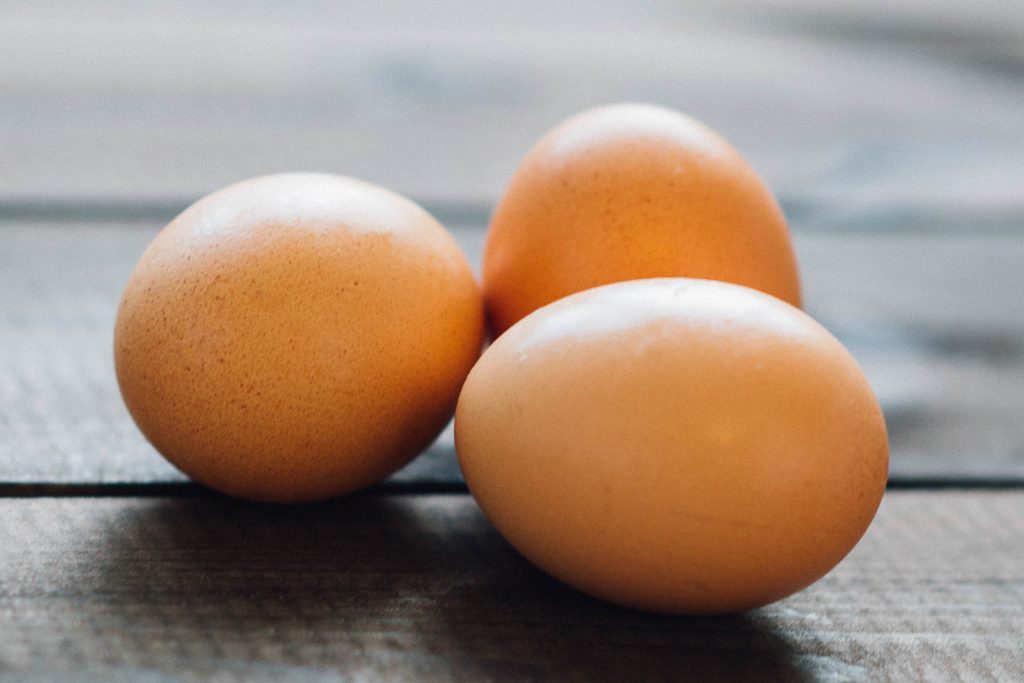 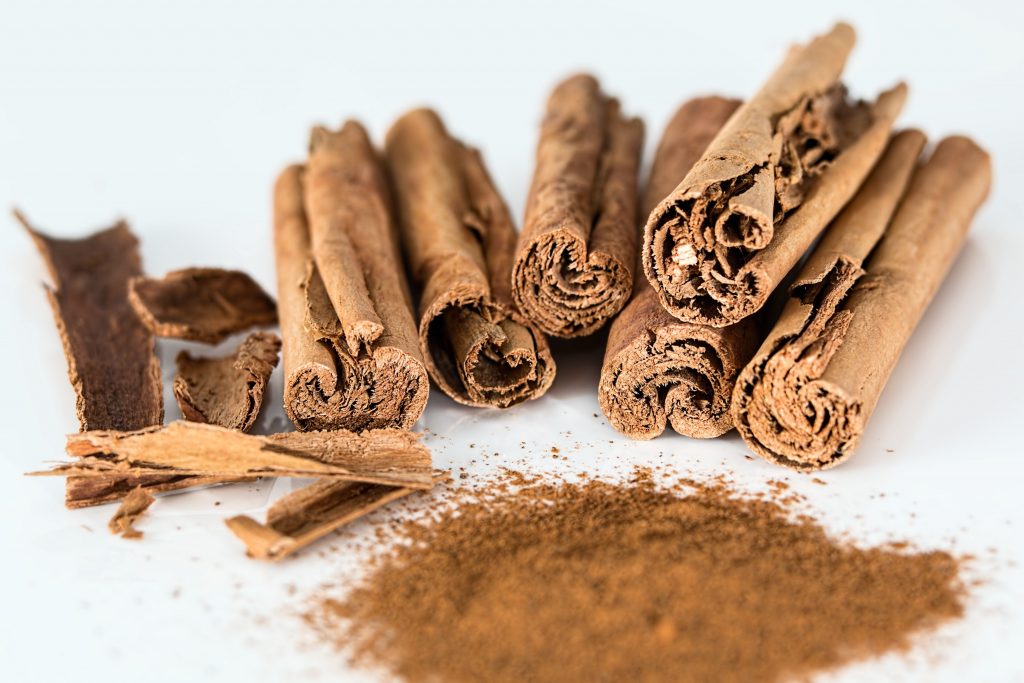 14. Cinnamon
Cinnamon stimulates neuroplasticity (changes in nerve organization and communication) of the brain for improvements in learning and memory.  These powerful polyphenols are also anti-inflammatory in helping the recovery of traumatic brain injury (TBI). So before you bust out the Cinnamon Toast Crunch or Cinnabons (think of the all the processed sugar) in the name of eating a super food, try adding it to your smoothie, tea, meats, salad dressing.

15. Garlic
One of the stinkiest, and tastiest, foods offers powerful cognitive boosting effects. The anti-inflammatory properties of garlic improves working memory through modification of cholinergic neurons, VGLUT1, and GAD. Eat this superfood with modesty, or not if you don’t mind the lingering smell and taste for days, and flavor your favorite dishes into better memory. 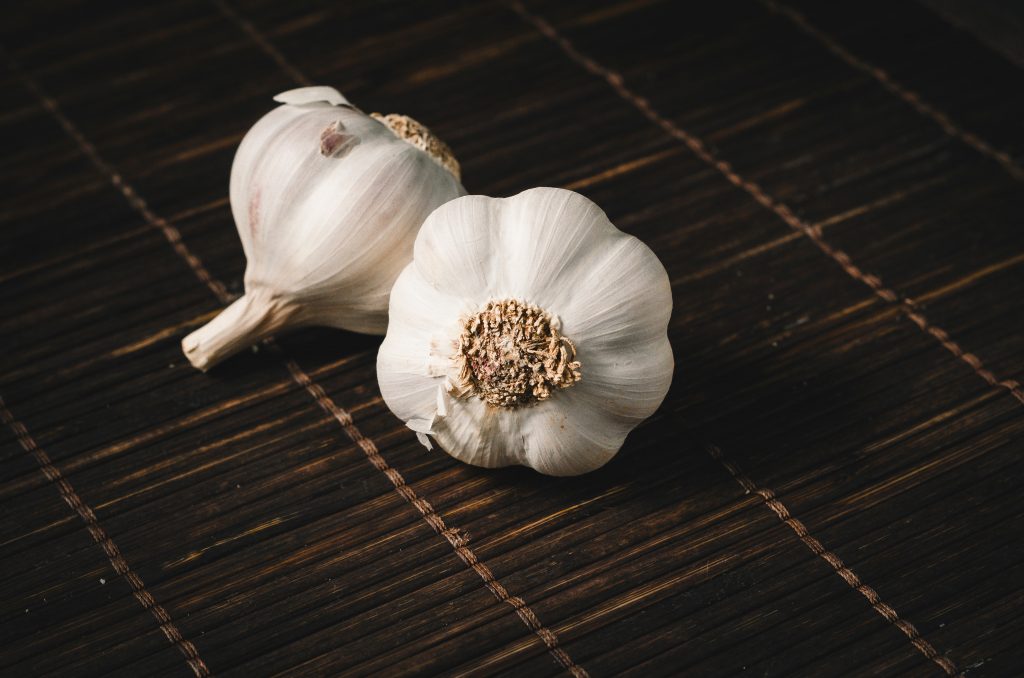 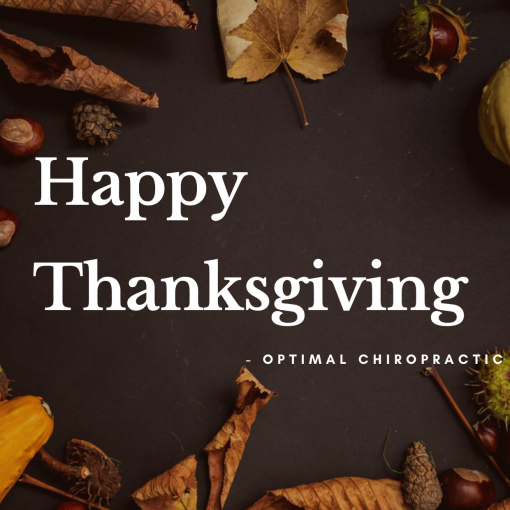 Turkey, The Brain Changer Need some help getting some of that holiday cheer for Thanksgiving? Well Don’t skip on the turkey and […] 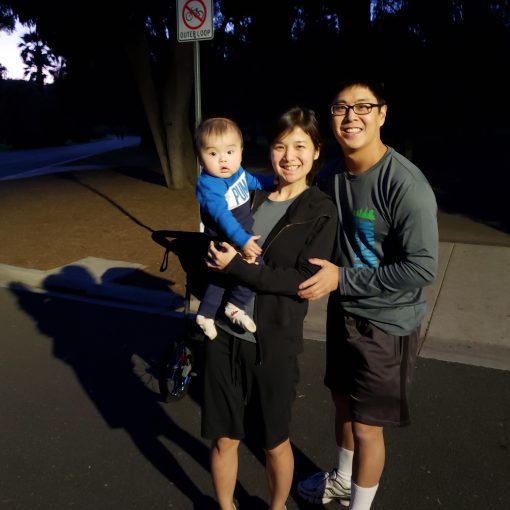 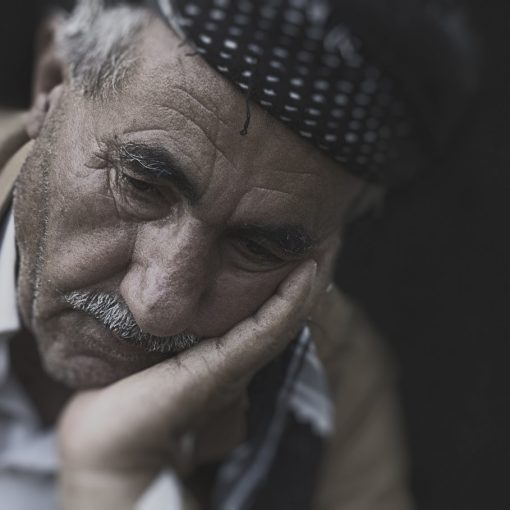 WHAT IS ALZHEIMER’S DISEASE? Alzheimer’s disease is a progressive breakdown of the brain where memory and thinking skills decline; eventually the simplest […] 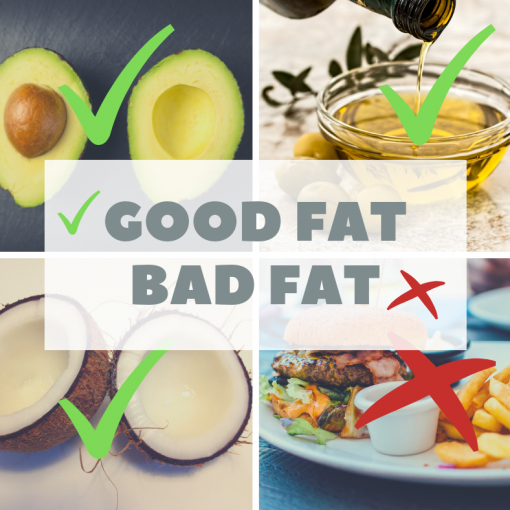 On January 24, my wife and I challenged ourselves to be committed to eating at least one salad a day for the […]